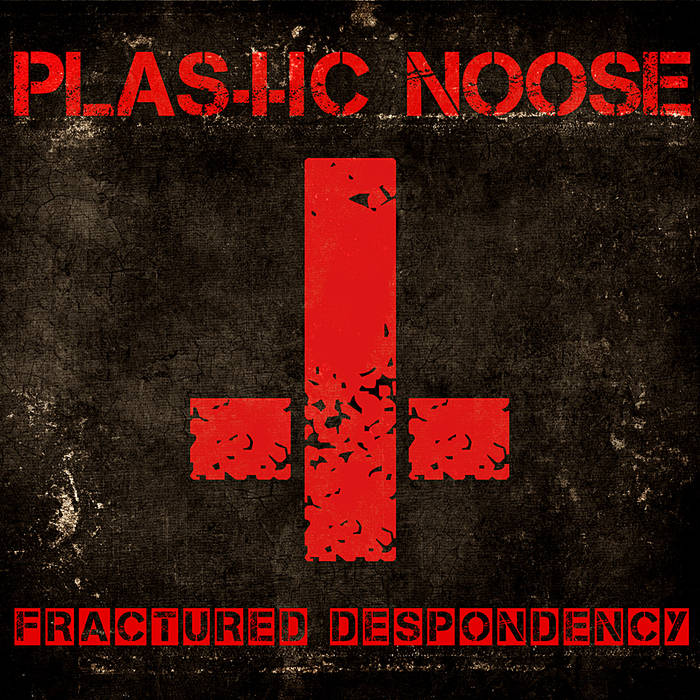 This hard hitting industrial metal album has everything for fans of the genre that one could ask for...it was a work of art to me...this is a fantastic industrial metal album, moving back and forth between wonderful Hellish tastes to more mellow and peaceful workings.
- Brutal Resonance 8/10

Snow King, he is on fire! 'Going Down', 'Doomladen', 'Let all Mankind Burn', 'For Me' and 'Suicidal Crisis' are just superb tracks on the album...superb listen with a definite classical feel...has now become like an old and welcome friend to my aural senses...crafted to perfection.
- Crimson Moon Zine 9/10

Just as on the debut album Plastic Noose unleashes 7 songs from his creative brain. The tracks are quite slow in tempo, but there’s a constant kind of anguishing and aggressive atmosphere hanging over the tracks. The guitar playing sounds extremely heavy bombastic. This is not about metal music, but a kind of industrial interpretation, which sometimes reminds me of The Swans. A few electronic treatments embellish the music. Plastic Noose is creating a particular atmosphere filled with angst. His obscure growls just reinforce the global mood present over the songs. And when Plastic Noose more or less comes to experiment with some emotional-minded tracks, it no longer works a similar way. Plastic Noose is a fascinating experience I fully recommend!
-Side-Line Music Magazine

What is immediately noticeable on pressing play is the variety included in this album. Yes, it is essentially still stripped back and bleak, but there are many more ideas at work here. The songs don't rely simply on skeletal rhythms and hanging guitar notes to drive the songs as much as they did, instead favouring more complex arrangements. But best of all there is much more variation in the pace of the songs, which gives the album a much more assertive sense of presence. Snow King has definitely been honing his ideas with songs like 'Going Down', 'Let All Mankind Burn', and 'Doomladen' building on the dance floor potential of songs on 'Zu Allen', such as 'Road To Perdition' and 'Slutcentric'. But the new results feel a lot more self-assured and complex than their predecessors. Where Plastic Noose really flourishes though is in more ambitious songs like the hauntingly ambient 'Strontian' and the stunning 'Suicidal Crisis', which channels his Celtic Frost/Triptykon influences into a sixteen-minute-long doomy gem to round off the album. With a more ambitious approach to his song writing has come the necessity for a more complex production style which has given the songs a nice spit and polish, but without losing its grungy charm. The mix tends to keep the vocals relatively low compared to the guitars and electronics, but with such a sinister style as Snow King's, this happens to work very well. However there are still a couple of points where the songs don't quite get the kick that is anticipated though, and sometimes the guitars sound a little flat, but this doesn't hold them back too much considering the catchy nature of the material. 'Fractured Despondency' is a big step in the right direction in terms of quality for Plastic Noose that should easily bring a lot more attention.
- Intravenous Magazine

Bandcamp Daily  your guide to the world of Bandcamp